Over The Counter Pain Meds For Dogs

There is a lot to be considered when discussing pain relief for your canine companion, especially when faced with arthritis and other forms of chronic pain. Vets typically begin by recommending pain medications, many of which are specifically formulated for dogs. Occasionally, they may recommend aspirin or other more familiar painkillers commonly consumed by humans at a specified dose for a brief period.

Because of this, you might be wondering if any of the pills you have at home might be a good standby for any of these prescriptions. Think twice, however, before giving your dog over-the-counter human painkillers. In most cases, it is ill-advised to use any OTC medications for dogs without the advice of a veterinary professional due to the risks involved. 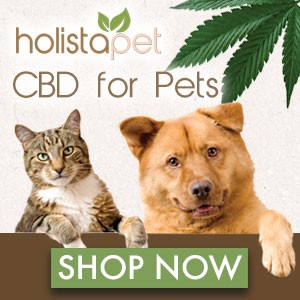 Not everything that is safe for humans to take in is also safe for dogs due to significant differences in each species’ body chemistry. Differences in how dogs and humans metabolize certain chemicals found in food and drugs can change exactly how much they can consume before they experience ill effects. For dogs, the threshold for many of these substances is much smaller.

So the saying goes, the dose makes the poison. Many over-the-counter medications are potentially poisonous at doses meant for humans, and thus could only be taken by animals such as dogs at very small doses regulated and observed by the vet.

To understand this, think of how many foods commonly consumed by humans are absolutely forbidden for dogs. Among the most well-known of these differences is theobromine, the chemical commonly found in chocolates. Humans can easily metabolize theobromine, which is why we can eat chocolate without worry. Dogs, meanwhile, metabolize this chemical much more slowly, which if left unchecked, can allow a toxic amount of theobromine to accumulate in their body. Dogs allowed to eat chocolate could get seriously ill or die.

A Matter of Doses

The same applies to the over-the-counter pain medication acetaminophen (known by many brand names, among them Tylenol). The threshold for how much acetaminophen a dog can safely metabolize is low. Taken at improper doses, acetaminophen can accumulate to toxic levels that can give dogs massive liver and kidney damage. Acetaminophen is so toxic that even smaller animals like cats cannot take it at all.

Meanwhile, other over-the-counter painkillers (aspirin, ibuprofen, and naproxen) are nonsteroidal anti-inflammatory drugs (NSAIDs), which inhibit the production of an enzyme called cyclooxygenase. By interrupting this key component in the creation of prostaglandins, which cause inflammation, these drugs relieve swelling and pain. Prostaglandins, however, are a key component in many bodily functions, and dogs produce them in a significantly lower rate than humans, leading to life-threatening complications if they take in too much.

Most of the medicines recommended for dogs are also NSAIDs, but are easier for dogs to metabolize and do not have the same bodily effects in the short run.

Common painkillers can only ever be taken by dogs and other animals as directed by a veterinarian. The doses given to dogs are usually very small and are given only for a brief period to minimize toxicity risks. Most vets would, when helping a dog cope with acute pain, recommend dog-specific anti-inflammatory medication such as carprofen, firocoxib, deracoxib, and meloxicam.

If the dose does make the poison, shouldn’t you also worry about overdoses for medications usually reserved for dogs? In most cases, you wouldn’t have to, provided you followed the vet’s instructions. Dogs usually only take medicines with the help of their owners; if you strictly adhere to dosages, there should be no dangers of overdosing or medicine dependence in the short term.

What is a potentially problematic, however, is if your dog no longer responds to the medication or if they have adverse reactions to the drug. Dogs may sometimes develop a host of unpleasant side effects that may be just as bad as the pain itself. Moreover, if left unaddressed, these may cause further problems that contribute to the declining health of your canine companion.

Some of the side effects that you must watch out for include loss of appetite, behavioral changes, skin inflammations, and digestive upsets like vomiting and diarrhea.

At times, your vet may also prescribe contraindications against common dog-safe NSAIDs, such as allergies. Allergic reactions to medications are rare, yet they do happen. Your vet would usually test for these before making a prescription, but do report any signs of potential adverse reactions your dog has immediately.

These contraindications are especially troublesome for long-term pain management for an aging dog with arthritis and other joint conditions, since it rules out specific medications as an option. Fortunately, your vet might agree to alternative pain management systems if your canine companion responds better to them.

For dogs with arthritis and other sources of chronic pain, a balanced diet rich in omega-3 fatty acids can be just the thing they need. Omega-3s help reduce inflammation in the affected regions, while a leaner diet and regular exercise can help alleviate pressures on the joints.

Is CBD a Viable Alternative

Besides the actual painkillers, pet owners can also give their companions a host of other alternate medications, among them medical marijuana products like cannabidiol oil. Unlike most forms of marijuana derivatives, CBD oil is not an intoxicant like the more infamous psychoactive compound tetrahydrocannabinol. Administered properly, CBD oil can lead to significant improvement in a dog’s condition without any risk of overdosing.

Cannabidiol oil is usually administered orally, though it can sometimes be applied topically as an ointment. Much like its effect in humans, CBD encourages the production of natural anti-inflammatory chemicals, allowing the body to use its own painkilling system. Moreover, CBD oil has been known to work well with traditional medications, leading to what is known as a synergistic effect that makes it an excellent addition to existing treatment programs.

Besides easing chronic pain, CBD oil is also both safer than many other anti-inflammatory medications. It is virtually impossible to consume a large enough amount of CBD oil to cause an overdose and, in the proper dosage, CBD oil will not cause any negative side effects.

Before starting on any pain management regimen, you should always seek the guidance and approval of your dog’s vet. They can provide you with details on treatment options and inform you of the proper dosages and side effects to watch out for. 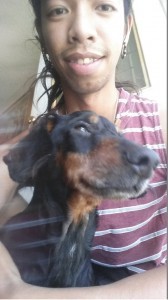 Hi, my name is Kea and this is my dog beans. I started this site to show you where I got comfortis for cheap and how it has helped my dog get rid of his flea problems. Thanks for stopping by!